I have a fascination with the novel by Arundhati Roy, The God of Small Things. It is that one novel which I remember while starting to read serious fiction. Of course, I went through the usual teen-romance, teen-detectives, et al before I outgrew them soon enough in my early days. This year, I decided to re-read her book and it took me a really long time to finish it.

For quite a while, I’ve been practicing minimalism. Sometime last year, I decided to experiment with the idea of “essentialism” instead of just plain minimalism – stick to the essentials but pick the best possibilities in it. I like to consider minimalism as one of many ways to essentialism. I re-read Joshua Becker’s book - Simplify. If you’re into minimalism and want to explore more, you should also watch, Minimalism: A Documentary About the Important Things.

My target for 2018 was to read about 50 books but ended up short at about 40. Some were re-reads and it was a good decision. Going forward, instead of trying to read more, I’ll experiment with re-reading good ones and going deep into them – less but more quality time with each book.

I also continued with the habit of including physical versions of the books that I read. That is one way to make my daughters learn and practice “reading books”. Reading on a Kindle makes them feel like I’m just looking at another screen.

I have lined quite a list of interesting books for this year.

A lot of my readings were focused on the Startups and Business world, punctuated with quite a few on entrepreneurship and life’s philosophies.

66% of small businesses fail, and it’s not for the reasons you think.

The Entrepreneur Roller Coaster is about the emotional journey of entrepreneurship. It warns of the forthcoming fears, doubts and self-defeating conditioning of past/upbringing, inoculate from the naysayers, dream stealers, and pains of rejection and failure and guide them through the skills of independence, self-motivation, and self-accountability. The idea is to safely past the landmines that blow-up of 66% of all new businesses.

Venture Capitalists, Tim Draper, tries to guide and outline ways for Entrepreneurs and Aspiring Entrepreneurs to succeed in the world of Startups and Businesses with his book How to be The Startup Hero. It takes you through a variety of activities, questions, stories, and challenges working both the right and left side of your brain and all the parts in between. The activities are challenging and sometimes even embarrassing. The questions are probing and provoking. The stories are used as examples to guide you toward the notion of Startup Heroism.

A new discovery I made was the philosophy of Stoicism, the idea of focusing on accepting things out of one’s control and maintaining mastery over one’s emotions.

The Daily Stoic presents in a page-per-day format - a daily resource of Stoic inspiration combines new translations of Seneca, Epictetus, Zeno with calls to reflection and action. The book is arranged topically following the three movements of Perception, Action, and Will, this guide features twelve principles for overcoming obstacles and achieving greater satisfaction.

“A great many people think they are thinking when they are merely rearranging their prejudices.”

Other books in a similar line of thoughts were that of THINK STRAIGHT, which reveals the recipe for taking control of your mind so you can improve your life, career, relationships, business.

Too Soon Old, Too Late Smart: Thirty True Things You Need to Know Now by Dr. Gordon Livingston is another book that will make you think hard and give a different perspective on life. Out of his lifetime of experience, Livingston has extracted thirty bedrock truths: We are what we do. Any relationship is under the control of the person who cares the least. The perfect is the enemy of the good. Only bad things happen quickly. Forgiveness is a form of letting go, but they are not the same thing. The statute of limitations has expired on most of our childhood traumas. Livingston illuminates these and others in perfectly calibrated essays, many of which emphasize our closest relationships and the things that we do to impede or enhance them. These writings underscore that “we are what we do,” and that while there may be no escaping who we are, we have the capacity to face loss, misfortune, and regret, and to move beyond them.

One of the best books that I’ll definitely re-read is Ego Is the Enemy. The book draws on a vast array of stories and examples, from literature to philosophy to history. We meet fascinating figures like Howard Hughes, Katharine Graham, Bill Belichick, and Eleanor Roosevelt, all of whom reached the highest levels of power and success by conquering their own egos. Many of us insist the main impediment to a full, successful life is the outside world. In fact, the most common enemy lies within – our ego. Early in our careers, it impedes learning and the cultivation of talent. With success, it can blind us to our faults and sow future problems. In failure, it magnifies each blow and makes recovery more difficult. At every stage, ego holds us back.

If you read The Martian, you might like Artemis by the same Author. Andy Weir tells us the story of Jazz Bashara’s life on Artemis, a fictional city on the moon. Life is tough if you’re not a rich tourist or an eccentric billionaire. So, smuggling in the occasional harmless bit of contraband barely counts.

While I was still in the celestial mode, I re-read The Universe in a Nutshell by Stephen Hawking. Hawking is seeking to uncover the grail of science – the elusive Theory of Everything that lies at the heart of the cosmos. In his accessible and often playful style, he guides us on his search to uncover the secrets of the universe – from supergravity to supersymmetry, from quantum theory to M-theory, from holography to duality. He takes us to the wild frontiers of science, where superstring theory and p-branes may hold the final clue to the puzzle. And he lets us behind the scenes of one of his most exciting intellectual adventures as he seeks “to combine Einstein’s General Theory of Relativity and Richard Feynman’s idea of multiple histories into one complete unified theory that will describe everything that happens in the universe.”

I decided to stay a while longer in space and time. So, I went ahead and read Astrophysics for People in a Hurry by Neil deGrasse Tyson. Tyson brings the universe down to Earth succinctly and clearly, with sparkling wit, in tasty chapters consumable anytime and anywhere in your busy day.

As a father of two daughters, I got the fancy of this title, which turns out to be an amazing crime-mystery British thriller – Their Lost Daughters.

I added Fire and Fury: Inside the Trump White House to my reading list to have some twist in my thoughts. Never before in history has a presidency so divided the American people. Brilliantly reported and astoundingly fresh, Fire and Fury shows us how and why Donald Trump has become the king of discord and disunion.

Here are other notable books in no particular order and preferences; 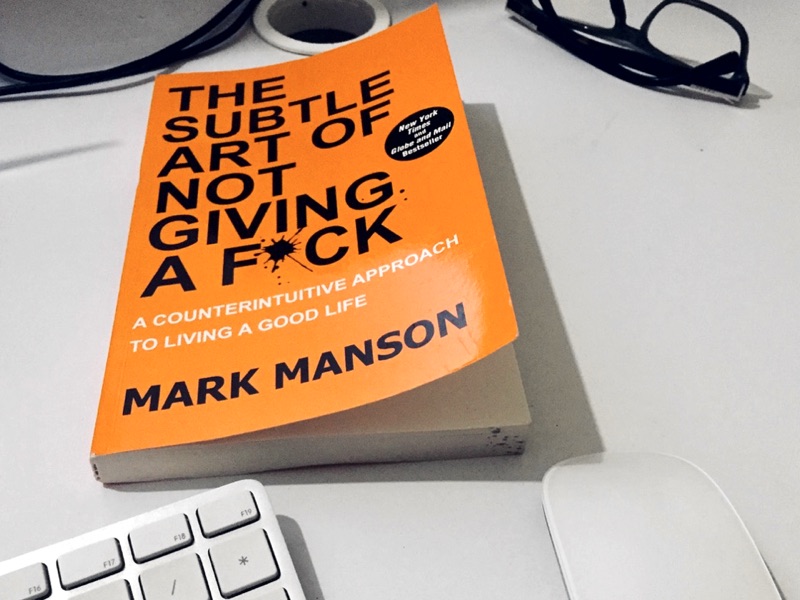 I continue to read, re-read, and carry around a copy of the book - The Subtle Art of Not Giving a F*ck.