Earlier this year, I decided to slow down and read fewer books while dwelling deeper into topics and re-reading books of particular interests. I read less than 50 books this year and many of them were re-reads. Here are highlights of some of the books from the year 2021. Antifragile: Things that Gain from Disorder is part of Incerto, a five volume philosophical essay on uncertainty published between 2001 and 2018 by Nassim Nicholas Taleb. Antifragile details how to gain from disorder and chaos while being protected from fragilities and adverse events. It is one step beyond robust, as it benefits from adversity, uncertainty and stressors, just as human bones get stronger when subjected to stress and tension. Antifragile provides a blueprint for how to behave-and thrive-in a world we don’t understand and which is too uncertain for us to even try to understand.

Deep Work: Rules for Focused Success in a Distracted World by Cal Newport. Deep work is the ability to focus without distraction.

Deep Work takes on a journey through memorable stories-from Carl Jung building a stone tower in the woods to focus his mind, to a social media pioneer buying a round-trip business class ticket to Tokyo to write a book free from distraction in the air-and no-nonsense advice.

I stumbled on Haline by Sundeep Ahuja while looking up investors in the Climate-Tech, AgTech sector. Haline is a book that paints a vivid picture to the question, “What if we do nothing?” Haline is a stark look at a post-climate change future, a world licking its wounds after decades of war and famine in which resources are scarce and government tyrannical. It is the answer to the troubling and timely question: What if we do nothing?

How to Avoid a Climate Disaster: The Solutions We Have and the Breakthroughs We Need by Bill Gates is an interesting and apt book at this time of our ways of energy consumption, food production, and the way it affects climate change. Gates proposes ideas of how we can change the way we produce and consume energy so that we can get down to zero carbon dioxide emissions while not making ourselves worse off in the process. This is a very industry-focused book as opposed to discussing what people can do on an individual level to combat climate change.

The state of Climate Change is not looking good. The authoritative book sets out a wide-ranging, practical, and accessible plan for how the world can get to zero greenhouse gas emissions in time to avoid a climate catastrophe.

Based on thousands of pages from Leonardo’s astonishing notebooks and new discoveries about his life and work, the book is a narrative that connects his art to his science. He shows how Leonardo’s genius was based on skills we can improve in ourselves, such as passionate curiosity, careful observation, and an imagination so playful that it flirted with fantasy.

Leonardo da Vinci was best known for his paintings, such as the Mona Lisa, the Last Supper, etc. However, he was as much a man of science and technology. With a passion that sometimes became obsessive, he pursued innovative studies of anatomy, fossils, birds, the heart, flying machines, botany, geology, and weaponry. His ability to stand at the crossroads of the humanities and the sciences, made iconic by his drawing of Vitruvian Man, made him history’s most creative genius.

In the Merchants of Doubt, Naomi Oreskes, and Erik M. Conway tells the story of how a loose-knit group of high-level scientists and scientific advisers, with deep connections in politics and industry, ran effective campaigns to mislead the public and deny well-established scientific knowledge over four decades. These groups denied the truth of studies linking smoking to lung cancer, coal smoke to acid rain, and CFCs to the ozone hole. The book was made into a movie, Merchants of Doubt, released in 2014.

I continue to read more parenting books, now, more on parenting teenagers and preparing for an upcoming teenager in the family.

Reviving Ophelia: Saving the Selves of Adolescent Girls is a book of anecdotes as told by the author (a therapist), Mary Pipher as she was frustrated with the growing problems among adolescent girls.

I went through Silver Spoon Kids: How Successful Parents Raise Responsible Children by Eileen Gallo, Jon Gallo in skips. Not really something that I would personally recommend but it is an OK book to go through once.

The Innovators: How a Group of Hackers, Geniuses and Geeks Created the Digital Revolution is another book by Walter Isaacson celebrating people who created the computer and the internet. Most of the innovations of the digital age were done collaboratively. There were a lot of fascinating people involved, some ingenious and a few even geniuses. The book tells the story of these pioneers, hackers, inventors, and entrepreneurs. Enjoy the journey into how they they collaborated and why their ability to work as teams made them even more creative.

When you have daughters, you read stories of daughters and parents. The Push by Ashley Audrain is a novel about the making and breaking of a family and a woman whose experience of motherhood is nothing at all what she hoped for and everything she feared. The story is about a mother, Blythe Connor, who is unsure whether or not there is something wrong with her daughter, Violet. From there, its turtles all the way down. This fiction was a good break from my usual non-fiction routine. 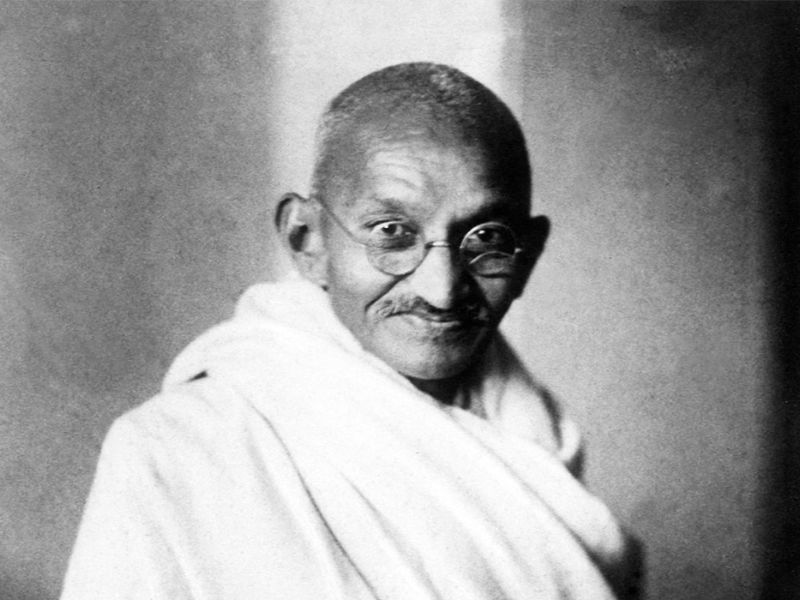 One of the most read stories in our school days was the story of how a child Mohandas Karamchand Gandhi confessed to his mother about lies, stealing, and smoking cigarette.

The Story of My Experiments with Truth, written in Gujarati, is the autobiography of Mohandas K. Gandhi, covering his life from early childhood through to 1921. Its English translation also appeared in installments in his other journal Young India. In 1998, the book was designated as one of the 100 Best Spiritual Books of the 20th Century.

Starting with his birth and parentage, Gandhi has given reminiscences of childhood, child marriage, relation with his wife and parents, experiences at the school, his study tour to London, efforts to be like the English gentleman, experiments in dietetics, his going to South Africa, his experiences of colour prejudice, his quest for dharma, social work in Africa, return to India, his slow and steady work for political awakening and social activities.

The book is free to read at the Mahama Gandhi archival website - Book PDF (backup).

With his book, The Uninhabitable Earth: Life After Warming, David Wallace-Wells brings into stark relief the climate troubles that await – food shortages, refugee emergencies, and other crises that will reshape the globe. But the world will be remade by warming in more profound ways as well, transforming our politics, our culture, our relationship to technology, and our sense of history. It will be all-encompassing, shaping and distorting nearly every aspect of human life as it is lived today.

The Beginning of Infinity: Explanations That Transform the World by David Deutsch. I heard Naval Ravikant praising the book in a Podcast. This is a hard book for mere mortals like me – goes tangential, repetitions, and pretty complex writing. I will need to re-read this to get deeper and understand it better.

The Psychology of Money by Morgan Housel is well known and one of the most-suggested book when it comes to lessons on wealth. How to manage money, invest it, and make business decisions are typically considered to involve a lot of mathematical calculations, where data and formulae tell us exactly what to do. But in the real world, people don’t make financial decisions on a spreadsheet. They make them at the dinner table, or in a meeting room, where personal history, your unique view of the world, ego, pride, marketing, and odd incentives are scrambled together. The author shares 19 short stories exploring the strange ways people think about money and teaches you how to make better sense of one of life’s most important matters. 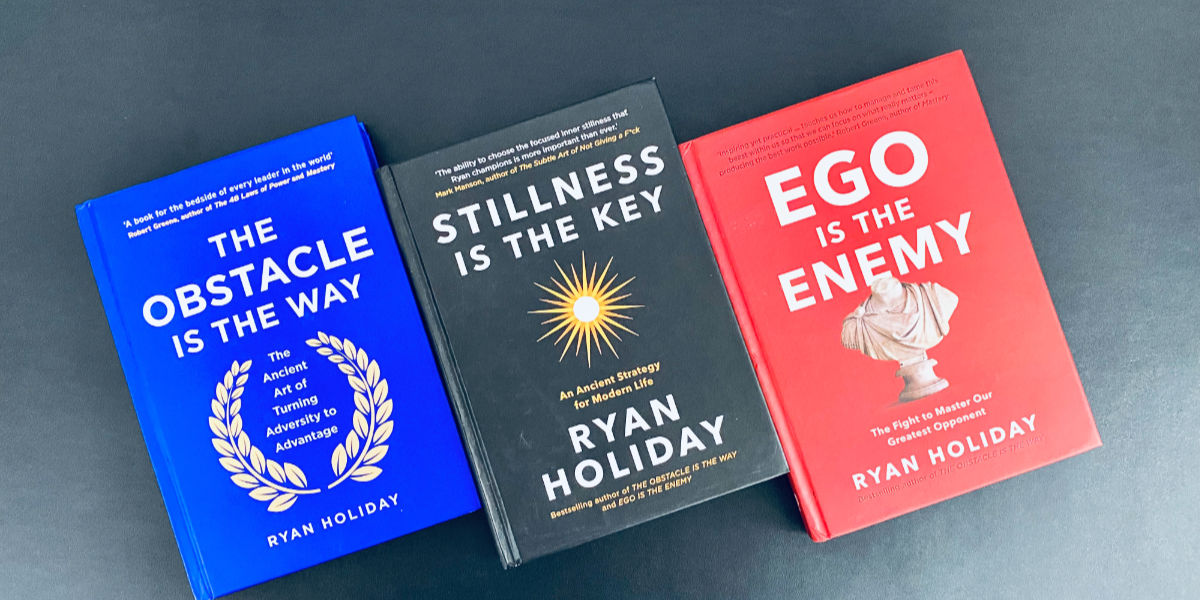 The Ego is the Enemy is a book of stories and examples. It reminds us of the stories of the likes of Howard Hughes, Katharine Graham, Bill Belichick, and Eleanor Roosevelt – they all reached the highest levels of power and success by conquering their own egos. This is good for refresh-reading once a while and remind you to not fall in the trap of doing too much, too passionately, too soon. The book teaches you lessons of Love – love your work, love your family, love yourself, love everything that you don’t consider as yourself, love your enemies, love the failures. Learn to avoid the treacherous nature of ego.

In another Stoic journey, Stillness Is the Key outlines a path for achieving this ancient way of living. Drawing on a wide range of history’s greatest thinkers, from Confucius to Seneca, Marcus Aurelius to Thich Nhat Hanh, John Stuart Mill to Nietzsche, Ryan argues that stillness is not mere inactivity, but the doorway to self-mastery, discipline, and focus. In today’s society, we are overwhelmed. We face obstacles and egos and competition. The book offers a simple but inspiring antidote to the stress of 24/7 news and social media. The stillness that we all seek is the path to meaning, contentment, and excellence in a world that needs more of it than ever.

The Obstacle Is the Way is based on the Hellenic philosophy of stoicism. Yet another book on Stoicism by Ryan Holiday and the pattern is evident - bringing an ancient philosophy in context to the modern world.

“The impediment to action advances action. What stands in the way becomes the way.” - Marcus Aurelius

Finally, got around to read the popular book – Zen and the Art of Motorcycle Maintenance. The author, Robert M Pirsig, examins how we live, goes on a meditation on how to live better set around the narration of a summer motorcycle trip across America’s Northwest, undertaken by a father & his young son.