Tony Stark (Robert Downey Jr) is a billionaire geek-techno-business-tycoon of the Stark Industries that supplies some of the latest high-tech weapon system to the US military. He leads an obnoxious lifestyle, punctured with an abundant dry sarcasm oozing out of his jokes and an immense sense of humor firing at stunningly rapid reflexes much like many of his company’s own weapons.

Iron Man, released today, has plenty of humor, lots of snappy one-liners, a surprisingly good plot, stunning action sequences, those moments of self discovery and realization, betrayal, forgiveness, love all nicely packed into one hot movie for this summer. 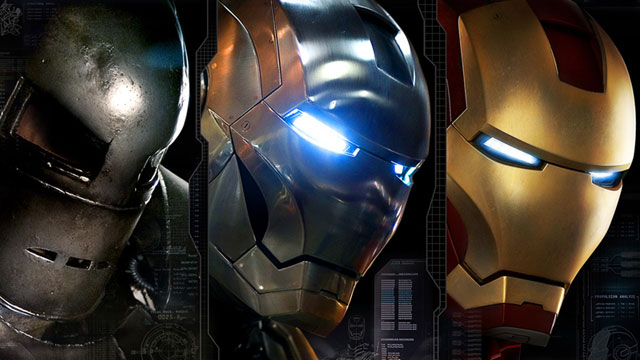 The movie opens with Tony on a trip to Afghanistan to demonstrate his latest weapon, the Jericho Missile to the US Military. His convoy was attacked, ironically by the same weapons produced by his company. He was taken captive by the Afghani militants. He wakes up in a cave with a battery powered electro-magnetic disc carved into his chest which prevents the shrapnel from piercing his heart. In exchange for his freedom, the militant warlord Raza (Faran Tahir), asked Stark to make the same Jericho Missile prototype.

Just prior to this, the movie fills in with the origin of Tony Stark as a genius inventor, but a Pompous smirk, suave cockiness, and nonchalant quips in tow, Scotch-swigging, fast-talking womanizer, who would rather enjoy the casino game than to receive a prestigious award. He lives in a breath-taking Smart House built atop Point Dume in Malibu, California. He even appears on the cover of Rolling Stone, have a childhood photograph with Bill Gates of Microsoft.

Stark’s assistant Pepper Potts (Gwyneth Paltrow) is an extremely smart lady who have a secret crush on him. She does everything for him, from setting up appointments to “taking out the trash” he slept with the night before.

In the cave, Stark knew he won’t be free even if he completes the missile prototype and thus builds himself a crude yet working, effective iron suit, loaded with some powerful weapons and propellants. The escape scenes in the movie was one awesome shot and you won’t even realize the CGI involved here. You’ll hear a bunch of familiar home-tunes, yes, there are lots of Hindi, besides Afghani and perhaps some Urdu, spoken by the militants and there were no sub-titles, so I’m assuming those conversations are not important to the movie. Nonetheless, later in the movie Pepper “Translates” some portion of the Hindi, good enough to spark even more romance for her boss.

After destroying the terrorists’ supply of Stark Industry manufactured weapons, Tony’s Iron suit shoots him skyward, safely out of the camp and into the inhospitable desert. With his suit destroyed on impact, he gets a lift home to America courtesy of his close friend and military liaison Jim Rhodey Rhodes (Terrence Howard) who never stopped searching for him during all the time he was held hostage.

Back in the US, he discovers what he really wanted to do and shuts himself in his “every boy’s dream lab” building and improvising his better, efficient, Iron Man suit. He even beta-test his suit and saves innocent men, women and children in Afghanistan from the same militants that tortured him.

Well, beyond that, it will be rude on my part to spoil any more of fun. By the time the movie ends, you’ll realize that this is just the beginning of another franchise – the Iron Man series – looks like we’d be seeing lot more of Iron Man in future. This time Marvel is doing it themselves, they ain’t outsourcing their comic characters to other studios no more.

Iron Man is self-made, pretty much like Batman but without the brooding demeanor. Tony wasn’t stung by an insect nor was sent to earth from a superior planet, he isn’t mutated nor alien-like but is rather the casual bad-boy with a taste for one-night-stands, engineering, and scotch. This “not the superhero type” attitude, is something that makes Iron Man so effective, taking well-worn feats of courage and subverting the candied results with a pinch of adulthood and plenty of acidic humor. The whole 126 minute was a wonderful treat.