What (Gadgets) do Women & Girls Want? 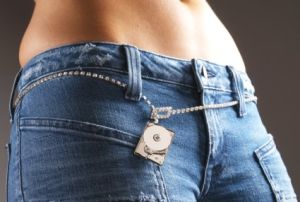 I saw a nice article on Engadget about Hitachi claiming their Microdrive to be “A girls’s best friend”. The humorous part was neither the drive nor the articls but the comments. Don’t miss the comments.

Excerpts from the article, Hitachi claims the Microdrive is - A Girl’s Best Friend.

Consumer Electronics Association did a study wherein around 1,600 men and women were surveyed in order to find out what “What Women Want” when it comes to electronics. The results were analyzed by a panel of so-called industry experts, who then arbitrarily picked products that they felt “best matched women’s desires” in eight different categories. For the “digital imaging” category, the 6GB Hitachi Microdrive 3K6 emerged as victorious, which has lead Hitachi to declare that the mini hard drives are “A Girl’s Best Friend”, even though these drives are more likely to be found capturing pictures in a war zone than snapping shots of “that hot guy” in the club.