Hello Ruby is a children’s book that teaches programming fundamentals through stories and kid-friendly activities.

An interesting initiative by Linda Liukas, who teaches programming and makes the world of technology more approachable through a non-profit called Rails Girls.

She is on a journey to combine software with storytelling. She is writing and illustrating a book for young children about the magical world of technology - Hello Ruby.

She is raising $10,000 on Kickstarter for Hello Ruby (already over-subscribed). 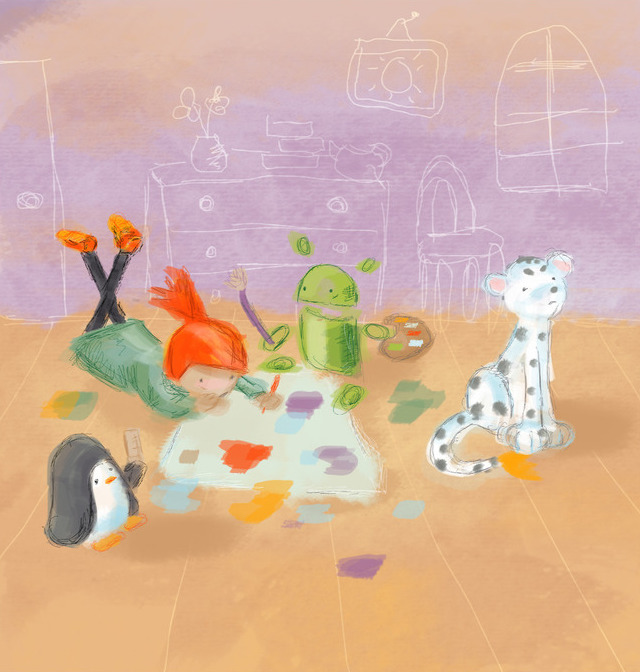 Ruby is a small girl with a huge imagination. She stomps and stumbles around her own little world while her dad is traveling. On her adventures, Ruby makes friends with the lonely Snow Leopard, visits castles made of windows, and solves problems with the wise penguins. She bakes gingerbreads with the green robots and throws a garden party with… well, if you like to hear the rest of the story, back the project on Kickstarter.

Childhood boredom is a special kind of boredom. It is a boredom full of dreams, a sort of projection into another place, into another reality.

Linda says Ruby’s world is an extension of the way she learned to see technology. It goes far beyond the bits and bytes inside the computer. This is the story of what happens between the ones and zeros, before the arrays and the if/else statements. The book and workbook are aimed for four to seven year olds.

She believes stories are the most formative force of our childhood. Everyone has a book that made the world seem beautiful and full of possibility. Her book is about little Ruby.

Code is the 21st century literacy and the need for people to speak the ABC of Programming is imminent. Our world is increasingly run by software and we need more diversity in the people who are building it.

More importantly, writing software is about expression, creativity - and practical application. Our kids should learn to bend, join, break and combine code in a way it wasn’t designed to. Just as they would with crayons and paper or wood and tools. There’s plenty to learn in programming logic and culture before showing children a single screen.

And how is how, Linda Liukas raised 100K in 24 hours, for her children’s book on technology.