Linux enthusiasts have always touted for Linux to be one of the best operating systems ever. Their voice grew shriller with the advent of Microsoft Windows Vista in the market. There have been quite a few times that a serious problem, posted in some of the forums by a Windows system admin is responded by some enthusiasts in a single phrase – “Install Linux”! This may not be the right solution for the concerned person but it indicates the evangelism aura, Linux has in its periphery.

The reasons for such findings are legion - A high price tag for Vista, problems associated with the support of legacy applications on Vista, etc.

Without getting into much details, we shall today try and see 5 major reasons why people who prefer Linux over Windows Vista do so.

It’s never too much for Vista! Linux doesn’t require a lot of memory or a good graphics card to get running. However, Vista’s system requirements are high. This is evident for the fact that for bare minimum, it needs a processor which is at least a Pentium 4 with 512 MB of RAM.

However, you bet if you can run things seamlessly on a Vista machine with a RAM anywhere less than 1GB, which is recommended by Microsoft itself! Vista needs at least 64 MB video RAM and takes up at least 6 GB of disk space. Usually, a Linux distro with a graphical user interface takes up around 1.5-3 GB of disk space. You may do the mathematics now!

Vista’s Aero and the GUI as a whole looks pretty indeed, but somehow it fails to make things simple and easy. Does it help find things any faster than Google Desktop Search app or other alternatives which are available for Windows and Linux both? Or does it make an application run any faster? On the other side, it consumes a lot of memory resources, hence slowing down the system, drastically at times. Just to give you an example of resource utilization, Vista uses 256MB of memory just for screen rendering! That is not a minuscule amount considering just graphics. 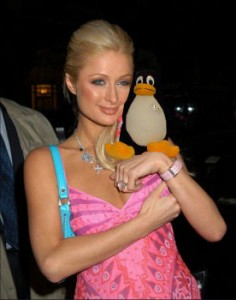 Unlike Vista, Linux doesn’t restrict how content is used on a system.

Windows Vista comes with an in-built digital rights management (DRM) feature that is absent on Linux machines. The DRM features can cause a lot of problems like - technical support problems, sluggish behavior of the computer, conflict with the peripheral devices and software. The fix for this may be as simple as an online upgrade or as complex as replacing the hardware!

A common example for his is Vista having copy protection technology for HD-DVD and Blu-ray disks. High-quality output paths like audio and video are reserved for protected peripheral devices. This means artificial degradation of the output quality.

On most of the Linux distributions, music and movies shall play seamlessly provided you have the correct encoders installed. The software – free and open source – will get installed and run. Linux follows a policy which doesn’t interfere with legitimate fair-use rights for the content owned by users. However, Vista’s DRM can interfere with all kinds of computer use, including the ones that have nothing to do with digital rights. This again costs the precious CPU resource as Vista is continually monitoring itself to ensure compliance.

There is no Linux Genuine Advantage!

You’d have surely co-related this to Windows Genuine Advantage and you’ve got it right! Linux shall continue to work and upgrade without bothering to know the origin of the software. You may get it from some of the repositories or compile it from source,there is no risk of losing functionality. Windows Vista, on the other hand, relies on Windows Genuine Advantage servers to verify the serial number of the product. If the servers go down, as it did last year, Vista users worldwide are locked out of their computers running legitimate copies of Windows Vista. This shall probably never happen with Linux!

You can never miss out on this.

Anti-virus and anti-spyware applications are mandatory on Vista machines to prevent things getting worse, unlike Linux boxes where you essentially need not have one.

The prime reason for Linux being secure is because malware developers specifically target Windows operating systems (Vista being the latest of them all) and Windows based applications. Hence, the Linux users do not have to worry about spyware or malware (dll, exe) which they would have downloaded inadvertently.

You name it, you have it!

The increasing number of available applications for Linux have made it easier to get away from the propriety Windows applications.

These were the few first hand differences you might consider before spending that hefty amount which Windows Vista comes with a tag of! You may try out a distro based on Choice of Linux Distros or log-on to DistroWatch to have an in-depth knowledge about your favorite distros.