I’m very far from being religious. However, I have always wanted to know more about how people have strong religious beliefs. I decided to read the religious books such as the Bible, Quran, and the Gita. Further, I’m interested and will be reading up on Jainism, Bahaism, Judaism, Sikhism, Buddhism (read Buddhism Plain and Simple by Steve Hagen), and others.

1984 is a dystopian social science fiction novel and cautionary tale by George Orwell. Published on Jun 8, 1949, it centres on the consequences of totalitarianism, mass surveillance and repressive regimentation of people and behaviours within society. The book highlights the role of truth and facts within politics and the ways in which they are manipulated. The story takes place in an imagined future in 1984, when much of the world has fallen victim to perpetual war, omnipresent government surveillance, historical negationism, and propaganda.

Like everyone else, I have read Sapiens: A Brief History of Humankind and am planning to read Homo Deus: A History of Tomorrow. So, it was natural to read 21 Lessons for the 21st Century by Yuval Noah Harari. The book is about where we are and how we can move forward. It bridges the gap between Sapiens, which was about our past, and Homo Deus, which is about our future. The book looks at where we stand technologically and politically, debunking myths and suggesting ways we can combat “post-truth”.

Atomic Habits by James Clear is one of the most recommended books, and I re-read it again and extracted quite a few of the habits I want to enforce and enhance. It depends a lot on what type of a life you want to lead, and at the end of the day, make it a habit of doing the activities you want to be good at. Learn to have a routine, keep enhancing it, and be disciplined to stick to your schedules. A lot of articles have been written about it, and a lot of people swear by it. Check out the book, make up your style, and don’t hesitate to keep changing it.

Discipline Is Destiny: The Power of Self-Control is another self-help book from Ryan Holiday and another good read. You might find this not so different if you have read his earlier books.

I read Essentialism: The Disciplined Pursuit of Less by Greg McKeown in 2017. It is a good book, worthy of re-reads.

“Less but Better.” It is a book you need to re-read to remind you that we are spread too thin to be doing too many things and how/why we need to learn to say NO. We always underestimate how long a task will take. We are socially not good at saying NO and trying to help whenever possible. It’s easy to say yes to requests at the moment and underestimate the required work, and then get overwhelmed with the work later. Remember, doing any work needs prep time, and most work usually has a hangover afterward. Try to rethink how to set goals and re-evaluate your activities.

I decided to read the other books by Greg McKeown – Multipliers: How the Best Leaders Make Everyone Smarter, and Effortless: Make It Easier to Do What Matters Most.

Factfulness: Ten Reasons We’re Wrong About the World – and Why Things Are Better Than You Think by Hans Rosling, Ola Rosling, Anna Rosling Rönnlund tries to offer a radical new explanation of why the current world scenario is of what it is. The book talks about the ten instincts that distort our perspective, the division between them and us, and how we see progress where most people believe that the world is regressing.

Despite all the concerns, which are indeed real, the world is in a much better state than we might think. Enjoy the book, and I hope you will also see the world in a little different way, for the better overall.

Founding Sales by Peter Kazanjy is a brilliant book for founders venturing into sales for the first time. The book should helo you to accelerate the learning where you don’t know much about B2B sales, and need to figure it out in a hurry. This is one of the best business books I’ve read. It teaches you the fundamentals of growing sales and building a world class sales organization from the ground level. With all of its practical and tactical guides, the book is definitely a required reading for all early stage B2B founders.

The book is free to read online (registration required). A physical helps better as a reference book.

Well, wanted to be good parents to our kids, so started with Bringing up Bébé, learnt How to Talk so Kids will Listen and Listen so Kids will Talk, and was even Prepared while Reviving Ophelia. Now, we want to just settle on being A Good Enough Parent.

How We Got to Now: Six Innovations That Made the Modern World is a brilliant book by Steven Johnson. The book is about the history of innovation over centuries, tracing facets of modern life (refrigeration, clocks, and eyeglass lenses, etc.) from their creation by hobbyists, amateurs, and entrepreneurs to their unintended historical consequences. It is filled with surprising stories of accidental genius and brilliant mistakes — from the French publisher who invented the phonograph before Edison but forgot to include playback to the Hollywood movie star, Hedy Lamarr, who helped invent the technology behind Wi-Fi and Bluetooth. 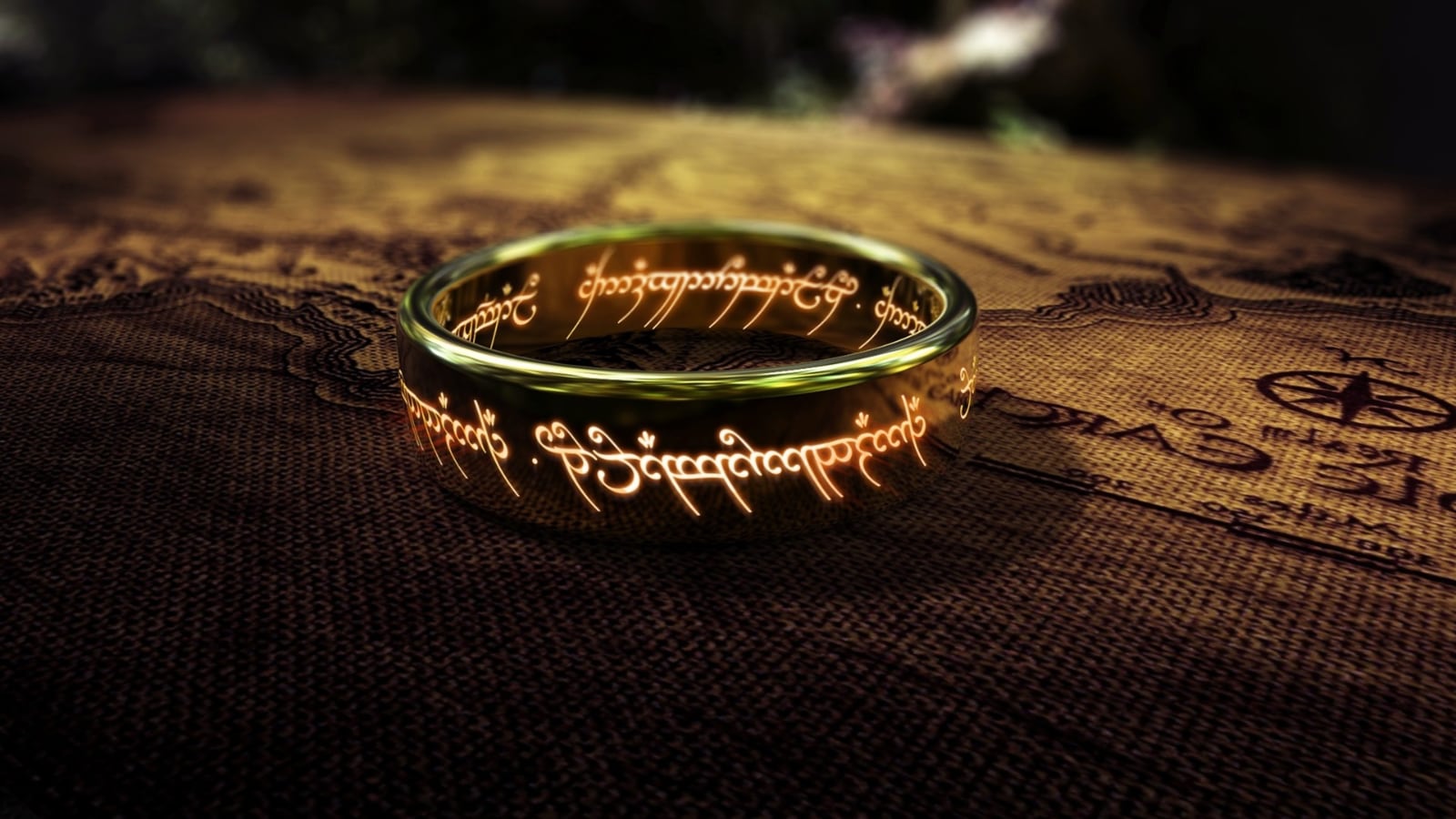 This year, I decided to re-start and re-read The Lord of the Rings1 and bought both the physical and digital versions to read wherever I wanted. Once in a while, Lord of the Rings is a required reading and a movie watch (the original extended version).

I’m beginning to read books about parenting teenagers and grown-up kids. To prepare, I read a good book, Prepared: What Kids Need for a Fulfilled Life, by Diane Tavenner. Be warned that this book is very American-School and community-specific, so you have to read it and get the best ideas out of it and not try to compare/contrast to find similarities and differences.

Project Hail Mary is a science fiction novel by Andy Weir. It is his third novel, after The Martian, and Artemis. A scientific mystery spiced up with an interstellar journey; the book is a tale of discovery, speculation, and survival of the protagonist in the story, Ryland Grace.

Quite a lot of introverts suggested reading the book, Quiet: The Power of Introverts in a World That Can’t Stop Talking by Susan Cain. However, having read many similar books, I wasn’t too impressed by the content, and I had to do quick flybys in quite a few sections of the book — it sounded repetitive with many other non-fiction self-help books. If you are an introvert and want to be in leadership positions, you will like the book but also will likely just node-along, and that was that for me.

One day I told my daughter that I noticed her reading a lot less. She confessed that she is no more into kid books and wants to try the likes of – The Art of War. So, I dropped my Kindle copy to hers and bought the Hardcover version too. I reread The Art of War, and it was fun.

In The Code Breaker, Walter Isaacson goes deep and technical to talk about Jennifer Doudna, a biochemist who has done pioneering work in CRISPR gene editing, received the 2020 Nobel Prize in Chemistry, with Emmanuelle Charpentier, “for the development of a method for genome editing.” The book is another of Walter’s massive books with rather long winding life stories of scientists, students, post-doctoral candidates, engineers, and many others.

In The Creativity Code, Marcus du Sautoy, a Mathematician and author, toys with the idea of a future where machine learning will disrupt, enrich, and transform our understanding of what it means to be creative. The book is for creatives and lovers of science without necessarily the need to be good at complex mathematics.

I’m surprised by the popularity and suggestions to read The Future We Choose. I find it pretty bland, and its effort to make it interesting with a story-telling attempt falls flat. I was expecting more tangible and hard-hitting facts, but I felt like I was rereading what I was dealing with in my day-to-day work.

Will is a memoir by Will Smith. You will love it if you are still a fan of Will Smith. He is a terrific actor, and I loved most of his movies. I was unable to bring myself to love his book. Perhaps, a dramatized movie would be more likable where one can spend a few hours and finish it. 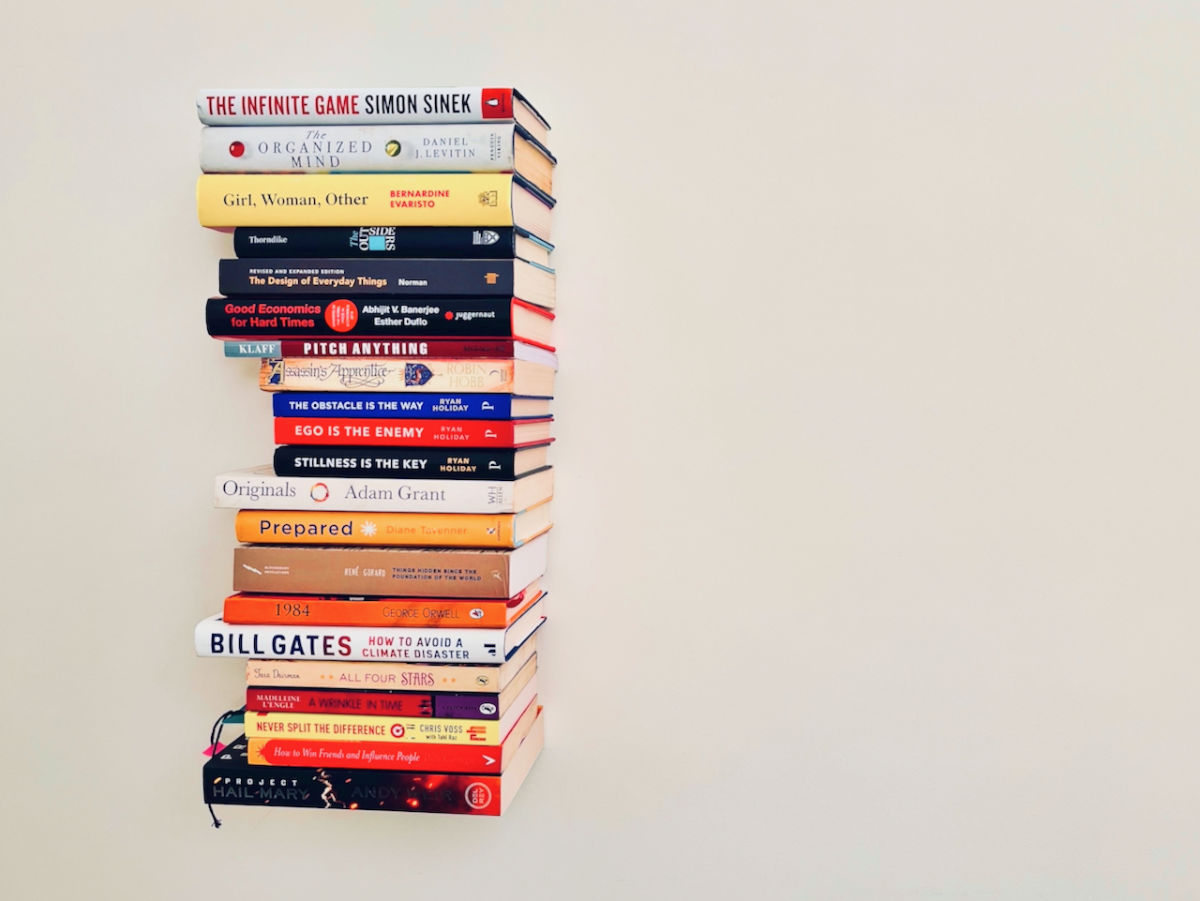 I’m trying to organize and plan books-to-read for the year, with room for additions and changes. A set of books I can see regularly helps me focus quickly on the books I want to read, reading them slowly and deeply instead of just reading a lot.

Every year, I try to re-read one or more of the best books I have ever read.